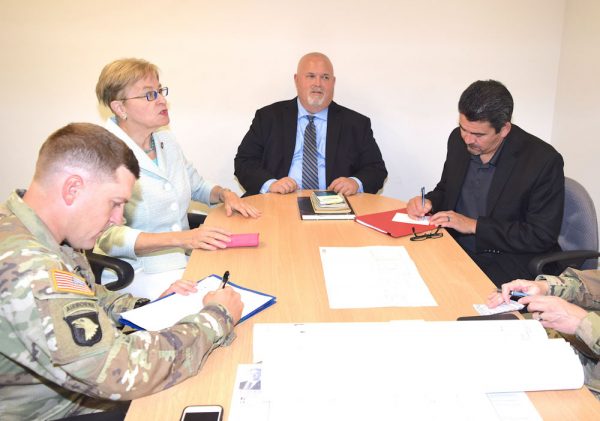 Congresswoman Marcy Kaptur has announced $39 million in funding for 15 projects around Northwest Ohio and Lake Erie, including $3.45 million dedicated to Port Clinton’s ongoing infrastructure project to rejuvenate the city.

The $3.45 million will improve Port Clinton’s sewer infrastructure while lowering utility costs and reducing sewage discharge into Lake Erie. The project is a major part of the Port Clinton’s huge — for a city of 6,000 — $34 million infrastructure plan approved by voters in November 2021, by far the largest expenditure in its history.

Mayor Mike Snider has promised shovels will hit the ground in mid-April to begin paving streets that up until now have have been the focus of water and sewer line updates, including storm and sewer line separation, that is a large part of the Forward Looking Infrastructure Project (FLIP).

Port Clinton has also secured $2 million in Ohio Department of Transportation funding to shore up 3,000 feet of Lake Erie shoreline on Lakeshore Drive, west of downtown.

“Some of our streets have not been resurfaced in decades,” said Snider. “I know people around town are anxious for us to get started after passing the 4-mill approval for the $34 million infrastructure project in 2021. We had to get the underground infrastructure done first, though, mainly the water and sewer lines.”

The Poggemeyer Design Group Inc. of Bowling Green will be coming to Port Clinton City Council on Tuesday, Feb. 14 for a council meeting at 6 p.m. to provide a general update on the construction timetable.

“The financial package is being readied for council,” said Snider. “It isn’t like getting a loan from a bank. We work with the State Infrastructure Bank, or SID, which was created in the mid-1990s for loaning state and federal dollars. It’s a revolving loan fund for Ohio infrastructure projects just like ours.”

Snider says he’s now seeing a bright light at the end of the tunnel.

“You have to remember that we started at Ground Zero, with an infrastructure in this city that has been suffering from neglect for so many decades. I understand that people want to see what they’re getting for the Equivalent Dwelling Unit (EDU) water and sewer fees they’ve been paying since they approved the legislation,” said Snider.

“Sub sandwiches, chips, bottled water and coffee will be waiting,”promised Snider. “We’re always looking for new approaches to old ideas — and yes, doing it in less formal settings,” said a mayor who’s more often than not wearing shorts throughout the year.

“I want this year’s State of the City Address to be less formal, highly interactive and, hopefully, more comprehensive.”