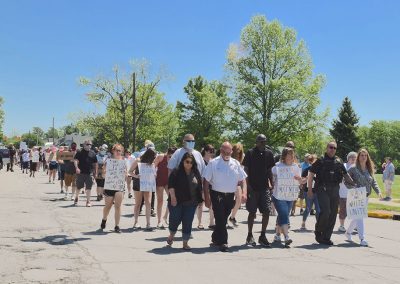 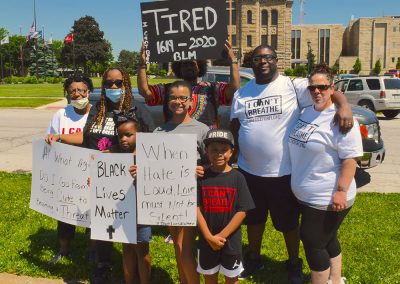 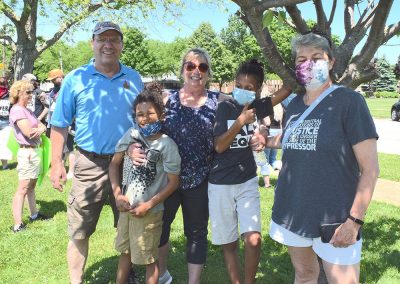 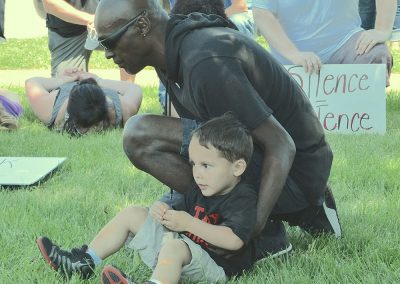 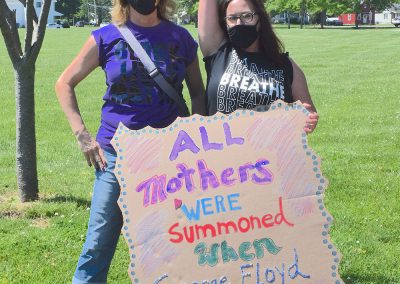 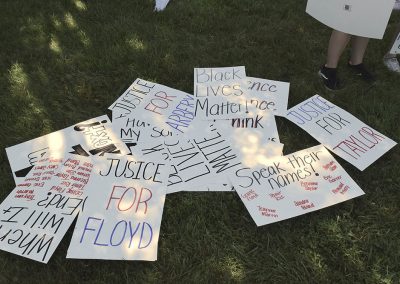 A crowd of Port Clinton area residents held the Peaceful Unity March at the urging of a local black activist, Lee Horne, on Saturday afternoon, putting on a display of the small city’s large social conscience.

The crowd wasn’t chanting or shouting when they began the march from a corner of town framed by the Ottawa County Courthouse and Immaculate Conception Church. They were displaying solidarity with their brothers and sisters at a volatile time in America.

The march was provoked by the national anger over the death of George Floyd in Minneapolis under the knee of a white police officer. But it was far different than so many protests around the country this week.

Marching in Port Clinton under sunny Saturday skies, a news helicopter soaring overhead, were many people who have the respect for the people who live here. Port Clinton council members were in abundance, including local reverend and speaker Brian Hild, Beth Gillman, Margaret Phillips, Jerry Tarolli and Roseann Hickman, whose husband, Police Chief Rob Hickman, was on hand.

The protesters carried signs of every stripe, and wore T-shirts and face masks emblazoned with Black Lives Matter. Many from the African-American community were there with their children, a sign of unity throughout the community and a need for change.