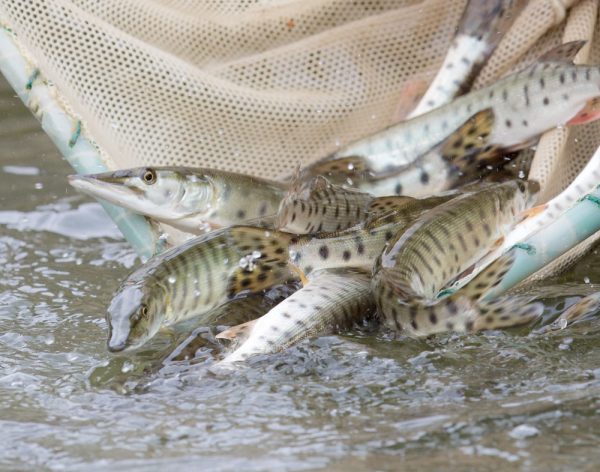 Castalia State Fish Hatchery is one of four state fish hatcheries hosting free open houses this spring. All Ohioans are invited to learn more about the Division of Wildlife’s hatchery operations, including bringing muskies like these to Ohio waters.

The Ohio Division of Wildlife (ODOW) ensures  outstanding fishing around the Buckeye State by raising game fish from steelhead and rainbow trout to northern pike, muskies and catfish. To allow people the chance to see the state fish hatcheries in action, free open houses will be held this spring, including the Castalia State Fish Hatchery in Castalia on Saturday, April 9.

The Castalia hatchery is known for raising more than 400,000 steelhead trout each year. The yearling trout are released in Lake Erie tributaries around Northeast Ohio each spring, contributing to a world class fishery for fly fishermen and bait anglers.

During each open house, DOW staff will offer tours and answer questions about fish production and fisheries management. Guests will have the opportunity to learn about these hatcheries and may watch fish eggs and fry in production buildings as they hatch, and view older fish in ponds or raceways.

In addition, family-friendly activities and displays will be available.