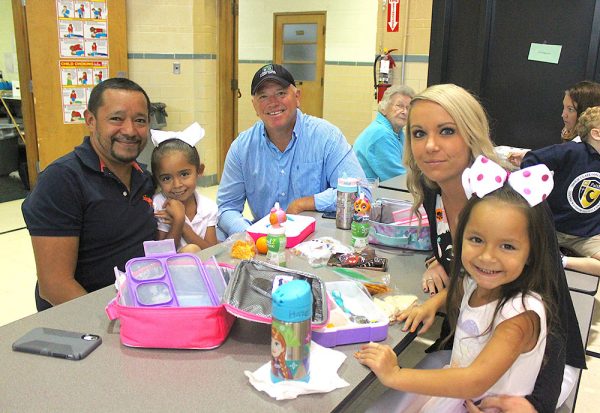 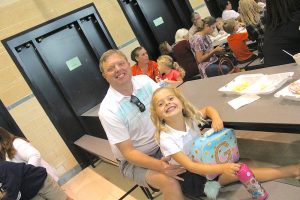 Gianna Bolte is thrilled to have dad, Philip Bolte, join her for VIP Day lunch.

The Immaculate Conception School hallways were full of smiles last week, as many Very Important People were invited to the school for a special day. The day was set aside as the school’s annual “VIP Day,” as parents, grandparents, aunts, uncles, neighbors, and special friends attended.

This year, the school’s annual day to celebrate those they love also fell on the feast day of St. Vincent de Paul, a French Catholic priest who dedicated himself to serving the poor. During a special Mass, school children collected canned goods and nonperishable food items to be given to the local St. Vincent DePaul Society Food Pantry in honor of the feast day.

Approximately 200 people attended the event that allowed the children to thank those special people in their lives for helping them grow and learn. The day’s festivities began with Mass celebrated by Pastor Father John Missler, which featured a message of knowing our true identity as a child of God. The children then took their families on a tour of their school. 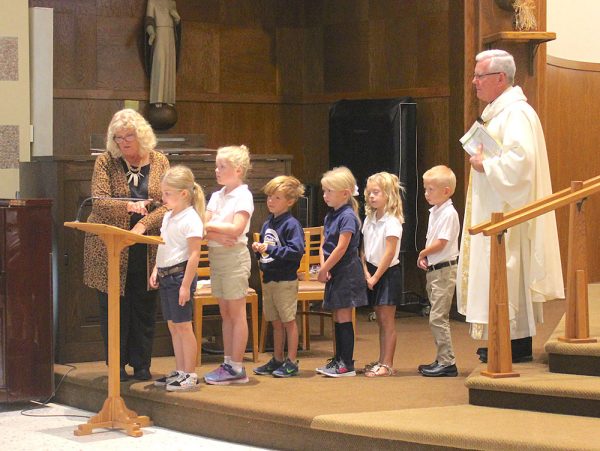