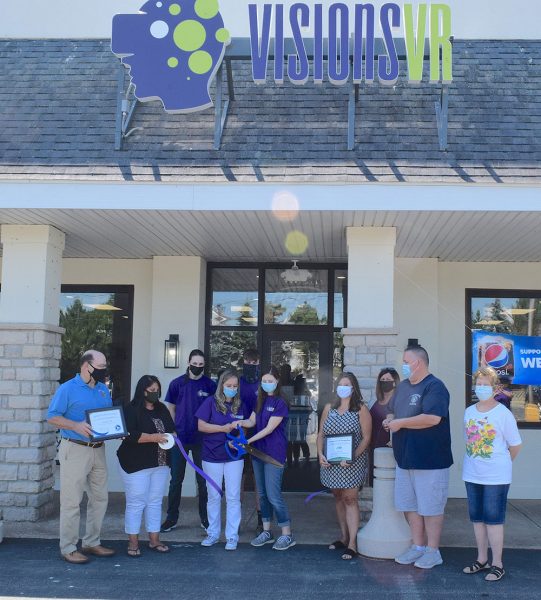 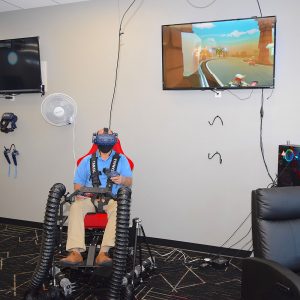 A crowd of dignitaries made the scene to experience the unique facilities, including Ottawa County Commissioner Mark Coppeler, who took a ride on a virtual roller coaster and raced cars. To allow bystanders to get in on the adventure, the television screen behind Coppeler displayed the adventures he was seeing on his headset.