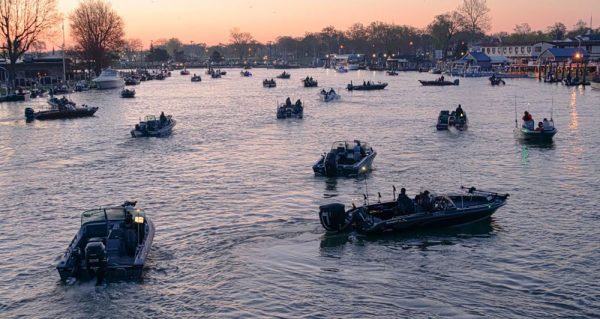 Lake Erie was typically generous with its bounty of walleye in the Cabela’s Masters Walleye Circuit tournament on Friday and Saturday. The 119 two-angler teams competing in the MWC from around Ohio and the country had little trouble weighing five-fish limits both days at Port Clinton’s Waterworks Park. .

The elusive bigger walleye, however, decided the winning teams.

Mark Lemke of Dexter, Mich., and Walter Price of Lowell, Mich., were the model of consistency in capturing the tournament. They battled big waves on Friday for a 31-pound, 1-ounce limit, and duplicated that on Saturday for a two-day total of 62 pounds, 2 ounces. They took home $15,400 and a $7,000 Ranger bonus. 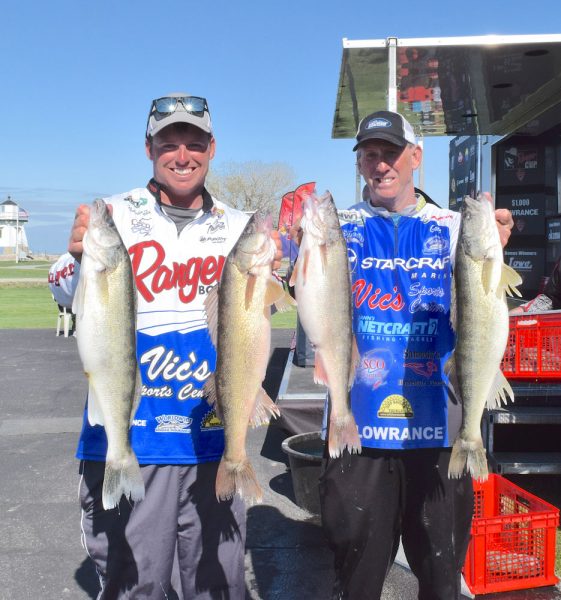 The father-son team of Nicholas and Gary Zart from the Cleveland area were among the winners on Saturday in Port Clinton, finishing fifth in the two-day high-powered Masters Walleye Circuit and third in Saturday’s one-day Lake Erie Walleye Trail event. (Photo by D’Arcy Patrick Egan)

Just four teams managed to top the 60-pound mark, but 45 teams weighed 50 pounds, or better, for a two-day tournament limit of 10 walleye.

The top local fishermen were quite familiar, with the father-son team of Gary and Nicholas Zart from Parma Heights and Berea in the Cleveland area capturing fifth with 59 pounds, 5 ounces. Dean Clemons of Marblehead teamed with David Frey of Avon Lake for 13th, weighing 55 pounds, 3 ounces.

In the companion Lake Erie Walleye Trail one-day tournament on Saturday, a tourney that also weighed in on the MWC Stage in Waterworks Park, Mike Boswell of Collins, Ohio and Scott Boswell of Norwalk, Ohio captured the victory with 34.88 pounds.

Ed Bogan of Pataski, Ohio and Steve Tomlinson of Reynoldsburg, Ohio (31.88 pounds) were second and the Zart team (31.38 pounds) was third.

The lone double-digit walleye weighed during both tournaments arrived in the LEWT on Saturday, a 10.13-pounder boated by Tim Bock of Wickliffe, who was fishing with Larry Germovsek. It buoyed their catch to 30.19, and sixth place.

“With a tournament field as big and talented as this, and all of the walleye available to catch on Lake Erie, Nicholas and I were pretty happy with fifth place in the MWC and third place in the LEWT,” said Gary Zart, who operates Blue Dolphin Charters all year on Lake Erie with his son. 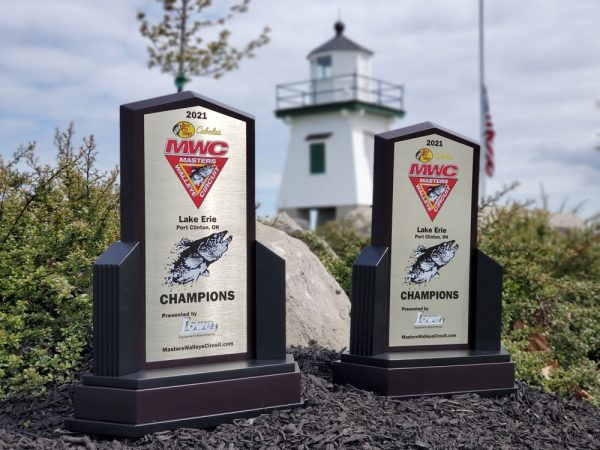 “It was an awesome week of fishing. When the top 45 teams in the 119-team field all average five pounds, or better, for a limit of five walleye, that shows you Lake Erie is the greatest walleye fishery in the world.”

Zart said he and Nicholas, 23, who’s called “Kid Walleye” on the tournament circuit, had a consistent pattern of trolling Bandit crankbaits, or diving plugs, 30 to 50 feet behind the boat at speeds of 1.6 to 1.7 miles per hour. They targeted active walleye suspending at 10 to 12 feet in about 24 to 28 feet of water west of Port Clinton.

“Nicholas found those walleye, and we hoped to find a couple of really big pre-spawn female walleye to give us the ‘kicker’ fish we’d need,” said Zart. “We were going through 30 to 50 walleye each day, and the 3-pound to 5-pounders were easy to catch. We just couldn’t find those bigger walleye.”

Port Clinton officials drew rave reviews for its handling of the tournament crowds and getting the 160 tournament boats in and out of the Waterworks Park weigh-in site.