Walleye Festival down, but not out! 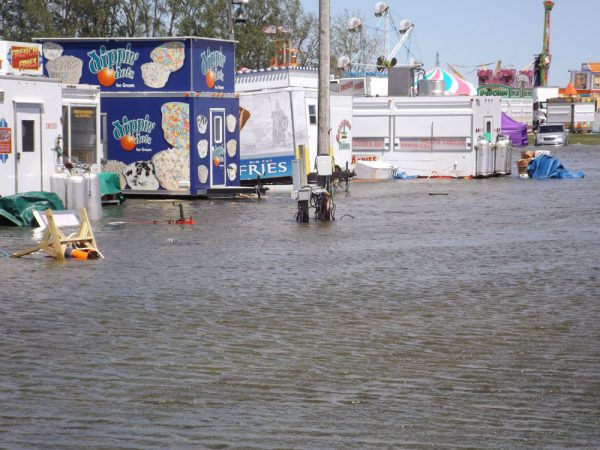 Shuttered food trucks sitting in 2 feet of water line the main concourse of the Walleye Festival.

The 40th annual Port Clinton Walleye festival took one on the chin as a nor’easter blew through the area on Friday night. Gale force winds pushed the Lake Erie waters over the banks, flooding Waterworks Park where the festival is hosted.

By Saturday, the site was submerged under 2 feet of water. Garbage and vendor inventory intermingled with the torn tents, poles, and overturned tables. A vendor who has been coming to the festival for 20 years, said he has never seen anything like this. 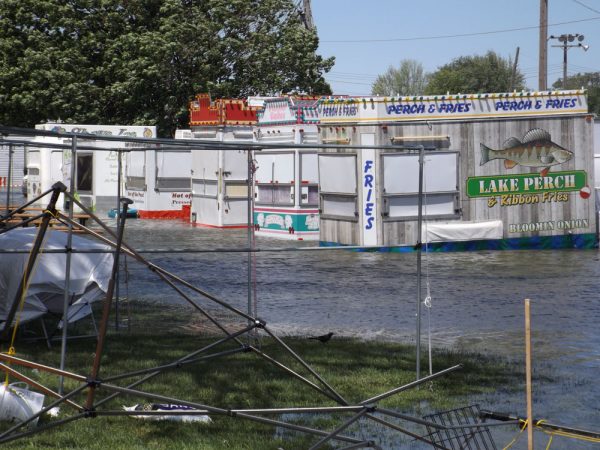 A food truck advertising Lake Perch sits forlornly in water up over its wheels. (Photos by Phil Wheeler)

Police cars cordoned off the site; refusing access to all but a very few. Electric lines lay under the rippling water, an additional danger to anyone who might wish to venture in. Late Saturday, 95% of Waterworks Park remained under water and could not be pumped out in time to hold the festival.

Port Clinton Mayor Mike Snider declared a Flood Disaster State of Emergency in Port Clinton on Friday night “until further notice.” Many roads were impassable, and manhole covers and catch basins were off. City crews worked over the weekend to clear debris from the streets.

Said Snider, “They have been working nonstop.” By Sunday, most of the roads closed on Friday had been reopened.

But there was good news!

Initially, organizers said they would cancel the event, but Nicole Kochensparger, president of Main Street Port Clinton, said “We are going to operate a portion of the Walleye Festival Thursday through Sunday next week. There will be a part 2.”

The event will now take place Thursday, June 3 through Sunday, June 6. All tickets purchased in advance will be honored for the rescheduled dates. 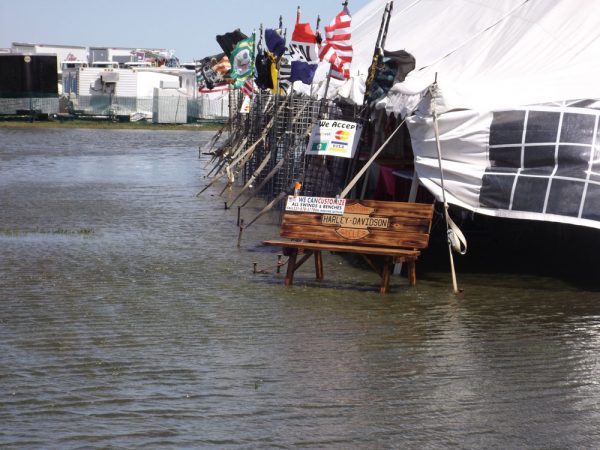 The flags wave, but nobody is home.