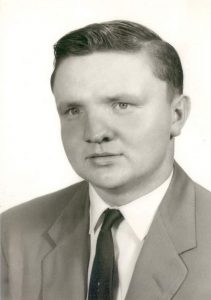 William spent 34 years working for the Celotex Corp. of Port Clinton. Following his years at Celotex, he spent several years working for First Choice in Fremont. William was a country music fan and enjoyed watching old TV westerns and going to flea markets. His heart was always with his family, and he filled his time enjoying their lives with family gatherings, sporting events and their accomplishments. William also liked to work on old cars with his grandsons.

At William’s request, there will be no services. The family suggests that memorial contributions be directed to the Humane Society of Ottawa County, 2424 E. Sand Rd., Port Clinton, OH 43452. The Gerner-Wolf-Walker Funeral Home & Crematory of Port Clinton is assisting with arrangements. Online condolences may be shared at www.walkerfuneralhomes.com.