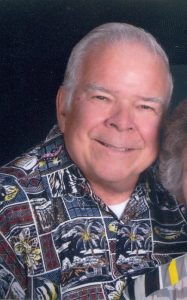 William Smith, 79, of Catawba Island, passed away at home with his family by his side on Monday, Dec. 28. He was born on July 30, 1941 in Cleveland, the son of the late Samual and Helen (Piwinski) Smith. He married Roselyn Taylor on Aug. 13, 1966 and she survives.

He attended Rhodes High School in Cleveland. He continued his education at Kent State University where he received his master’s degree in teaching. He retired from teaching at Midpark High School and then Ford Middle School. He also worked extra jobs at Sears in Middleburg Heights teaching people how to use shop equipment. He was also a Captain in Downtown Cleveland in the flats. In retirement, he served as President of the Site Council of the Port Clinton Senior Center.

He enjoyed boating, fishing, woodworking and camping. He was also known as “Mr. Fix It” as he could repair just about anything. Having his family together was most important to him. He was also known for his sense of humor and leadership.

Memorial contributions may be made to Promedica Heartland Hospice Care, 430 S. Main Street, Clyde, Ohio 43410. Online condolences may be shared with the family at www.walkerfuneralhomes.com. The Gerner-Wolf-Walker Funeral Home and Crematory, 216 Washington Street, Port Clinton, assisted the family with arrangements.