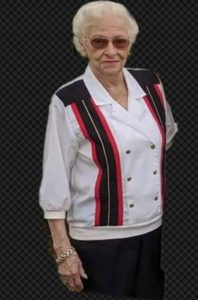 Wilma Marie Whitlock, 88 of Oak Harbor, died Monday, Feb. 1, at Hospice of Northwest Ohio, Perrysburg. She was born Dec. 11, 1932 in White Hall, N.Y. to the late Oral “Ben” and Zora “Gladys” (Wagner) Stuckey. On March 1, 1950 she married Roy Whitlock who preceded her in death March 27, 2015. Wilma was a wonderful homemaker who enjoyed cooking and spending time with her family.

There will not be any immediate services for Wilma as per her wishes. Those wishing to make memorial contributions are asked to consider

Hospice of Northwest Ohio. Crosser & Priesman Funeral Home & Cremation Service, Oak Harbor is assisting the family with arrangements and where online condolences may be shared with the family at www.crosserfuneralhome.com.