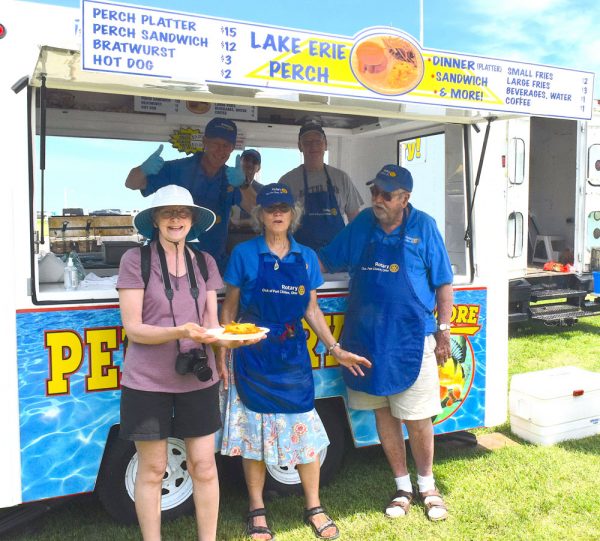 The Rotary Club Perch Wagon, a feature of many major events around Ottawa County for offering delicious sandwiches, will be just one of the stars when the The Ottawa County Historical Society re-opens the historic Wolcott’s Keeper’s House on Saturday, July 10. (Photo by D’Arcy Patrick Egan)

The Ottawa County Historical Society has scheduled Saturday, July 10, for a grand re-opening of the iconic Wolcott Keeper’s House, 9999 Bayshore Rd., Danbury. In addition to docent-led tours, the Rotary Club Perch Wagon will be on hand for its annual visit from 10 a.m. to 4 p.m.

Nancy Dunham, the Society’s program director, has announced that a new event will be part of the agenda this year. Led by emcee Kathleen Geisler, a group of experienced storytellers known as “History Speaks” will offer a one-hour program, beginning at 1 p.m. in front of the annex. 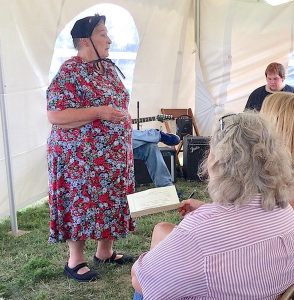 Kathy Leonard, as schoolmarm Miss Marion, recounts the eerie story of the ghost that haunted a Marblehead schoolhouse attic. A Confederate conspiracy during the Civil War, as told by Sue Doell from the Port Clinton Playmakers, incites fear in the hearts of the folks on Put-In-Bay.

The entertaining program will conclude with stories and details from Paul Moon about the venerable Wolcott’s Keeper’s House and its first occupants. A retired judge, Moon is a direct descendant of Revolutionary War veteran and first “Keeper of the Light,” Benajah Wolcott.

Proceeds from sales of tasty yellow perch sandwiches and meals will go to the Historical Society and to the Rotary’s Scholarship program.

After July 10, the historic house and annex will be open to the public from 1-4 p.m. each Thursday and Saturday through the last week in August.