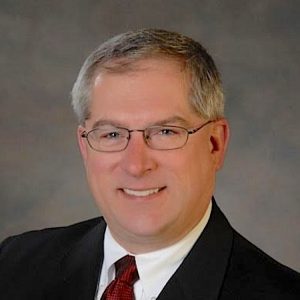 The Marblehead Bank has announced Anthony A. Moczynski has been named its new president. William Tuttamore will remain as CEO of the bank, President-CEO of the holding company and a board member of each company.

Moczynski began his financial career in 1986. He has worked for the OCC and three Rockford Illinois banks, including Bank One, Amcore and Rockford Bank and Trust. He has held several positions throughout the past 34 years, but has specialized in commercial lending and bank management.

Moczynski has a BBA/BS Finance degree from the University of Oklahoma.

“We are fortunate to have found someone with Tony’s qualifications to add to our excellent management team,” said Tuttamore

Moczynski and his wife, Lynn, live in the Rockford, Ill. area. They have a son in the Colorado Springs, Col., area and a daughter working in Delft in the Netherlands.

“I am very excited about joining The Marblehead Bank team,” said Moczynski. “My wife and I are looking forward to moving to the peninsula in the near future and becoming actively involved in the community,” he added.

Moczynski is currently working in the Main Street office of the bank and encourages area residents to stop in or call him to discuss their financial needs.

The Marblehead Bank has been a member of the local business community since 1907. It is an equal opportunity lender and a member of FDIC.