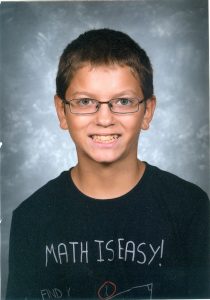 Harley was a Freshman at Port Clinton High School, and enjoyed various sports, gaming, robotics, making YouTube videos, and singing. He always felt like he was the underdog, and as a result, he had a very giving heart and became very brave. He hated to make mistakes, and was inspired to become a counselor or a leader in the future.

Did you ever find a penny while walking through town? Harley would drop pennies while walking, as pennies from Heaven for other people. He had a soft heart and wanted to be a blessing to other people. Every year during the Christmas holiday season, he would volunteer to ring the bell for the Salvation Army. He was a loving Son, Brother, and Grandson, and will be deeply missed by his family and friends, including his 3 best friends, James, Daniel & Junior.

Visitation will be held on Saturday, Jan. 25 from 11 a.m. until 3 p.m. at the Gerner-Wolf-Walker Funeral Home & Crematory, 216 Washington Street, Port Clinton, Ohio. Funeral Services for Harley will be Private at a later date.

Memorial contributions may be made to paypal.me/heartsforharley for the establishment of a scholarship fund in Harley’s name.

Online condolences may be shared with the family at www.walkerfuneralhomes.com