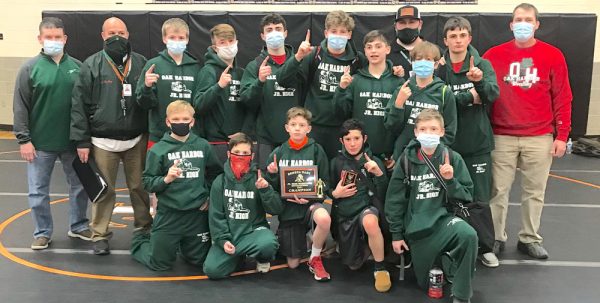 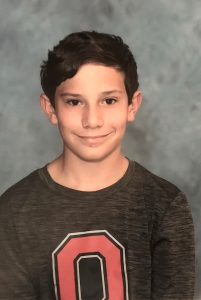 Judge’s tournament crown was a historic first for St. Boniface Catholic School as he became the first 7th grade student to dominate at the Seneca East Tournament. Taking the 86-pound weight class by storm, Judge recorded three pins and three major decisions, and Bodie Miller won the 104-pound class as the Oak Harbor Junior Rockets captured first place. Judge has been wrestling for Oak Harbor since he competed in biddy wrestling at 6 years old under the auspices of Coach Chris Detray. This season Detray’s staff has a compliment of three coaches, including Chad Miller, Tom Losie and Jeff Detray, and a has been grooming a powerhouse team.

Oak Harbor has flourished in wrestling, as the high school wrestling program under Coach George Bergman has groomed a number of state champions. With young stars such as Judge on the horizon for the Oak Harbor Varsity, Bergman’s squads should continue to excel.