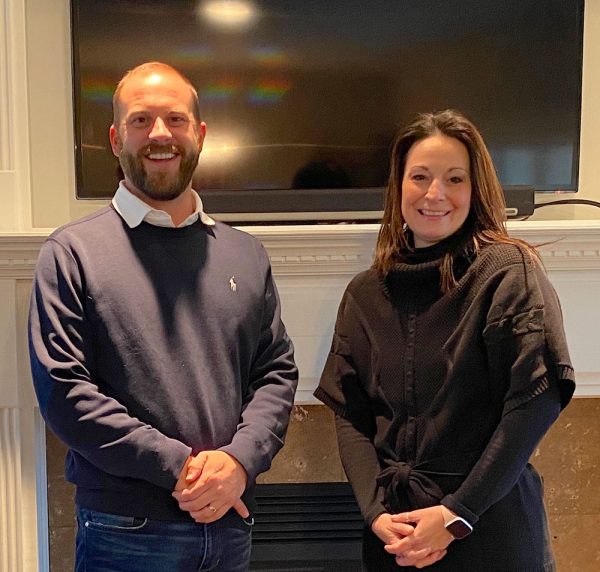 Area realtors Jamie Knight and Kizzie Culbert have joined the Advisory Council of the Catawba Island Historical Society (CIHS) and accepted responsibility for directing the CIHS 2021 membership campaign. Their goal is to enlist at least 150 to 200 dues-paying members to support operation of the Society’s Catawba Museum at Union Chapel.

The effort officially kicks off in January.

“I heard wonderful stories about Catawba from my grandmother, who spent summers here as a child,” said Knight, who works for the Keller Williams Agency. “If I am someday lucky enough to have grandchildren I hope they will say the same about my memories of being a full time resident.

“The Union Chapel Museum is a thread that ties these multi-generational experiences together. The linking of past, present and future is what prompted me to want to help enlist members.”

A lifetime membership in the Historical Society’s Council of Nabagon is also available for a single payment of $1,000.

Kizzie Culbert, a native of Fremont, returned to this area to ultimately pursue a career with Howard Hanna Real Estate after living in both Florida and Arizona. She took an active interest in Native American culture, a topic addressed in depth at Catawba Museum and one of the reasons she was attracted to helping with the Historical Society’s membership effort.

“Frankly,” said Culbert, “There is so much local history addressed at the Catawba Museum I think there must be something for almost everyone. A short 5-minute video about the wide-ranging exhibits will soon be available. I think when people see it there will be a lot of enthusiastic membership interest.”

More information can be obtained by calling 419-967-5363 or on the web at www.catawbaislandhistoricalsociety.com.