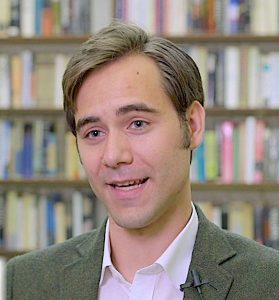 A downtown waterfront project in the works. A street/sewer repair project that was recently completed. New businesses lining the main drag. And a new energy deal that should save residents money on their monthly utility bills.

It appears that Oak Harbor is doing rather well.

It can be traced back to the work of the village’s mayor, Quinton Babcock, as well as the council and Randy Genzman, the administrator, in addition to others who have contributed to Oak Harbor’s recent success.

The waterfront project, a proposed 400-foot stretch of land along the Portage River, could include an elevated walkway, amphitheater, shelter house and floating docks. Of the $2 million needed for the project, the village has already received $500,000 from the state via a grant. Babcock and the Oak Harbor Development Group sent over 1,000 letters of support from many different individuals and stakeholders and mailed them to the state to seek support for the grant.

“What we did is we got letters of intent from all the property owners. State officials told us, ‘We understand what you’re trying to accomplish, and we’re willing to help.’ It was about the community mindset of the riverfront property owners,” said Babcock.

“This project is going to have some positive benefits. It will help our downtown and our riverfront property owners have been very generous. The Fourth of July, the Apple Festival, in a lot of ways, they treat it like public property. We have a walkway, accessible for someone in a wheelchair; this will allow us to keep doing the same things and make it safer and more enjoyable.

“Two million dollars is the complete vision. The foundation of the project is getting shoreline protection and a boardwalk. There are lots of other amenities to envision like a pavilion and shelter house, but what I really think we’ve all coalesced around is the shoreline protection and getting an amphitheater in, as well as a feeding area, and somewhere where you can sit. We’re looking through some additional capital money — there’s an article in The Blade about the Portage River Parks & Recreation corridor — our joint vision between Port Clinton and Oak Harbor and some joint opportunities.

“Port Clinton is the home of the Greater Port Clinton Area Arts Council. I think since I’ve been in office that people want to be more collaborative. If you have great opportunities in Port Clinton, that’s only going to help in Oak Harbor,” he said.

“If they’ve got a great riverfront, people will enjoy that and come see our attractions.”

Babcock became a member of the village council in 2016 and, shortly after graduating from the University of Toledo in 2018, became one of the youngest mayors in the country at 22.

Aside from the waterfront proposal, there was also the recent completion of a combined street/sewer project on Church Street.

“It goes back quite some time. A while ago, the EPA wanted to crack down on these combined-sewer overflows — a sewer system that contains storm drainage — that goes into one pipe and it gets processed into something that’s not environmentally-hazardous,” said Babcock. “If there’s a heavy rain event, like we have a couple of times per year, it can’t take all of the water.”

That’s how all the water and sewer systems were designed in the past.

“We weren’t able to fix it without doing a major overhaul. I think it’s fair to say that came into force in 2016, when I came on to council. We said, ‘Do we want to invest this sort of money?’

“We were close to throwing our hands up. We said, ‘Obviously, do we need to make it a smaller project?,’ and the EPA offered us money first, then the USDA offered us money, then half (of the deal) was a grant, and the other half was a low-interest loan. It’s substantially completed. We have money left over, we’re looking to see how we can make some little improvements.”

The village council also passed a resolution a few weeks ago agreeing to a new contract with Constellation NewEnergy, a natural-gas supplier, which will lock in costs at a fixed rate. Babcock is hopeful that it will save residents between 8% and 9% on their monthly utility bills. It is a 36-month contract with a fixed rate of 58.9 cents per CCF. (One CCF equates to 100 cubic feet of natural gas.)

Utilizing an aggregation program allows the village to bargain together for a “bulk discount,” according to Babcock, that is available for all village residents.