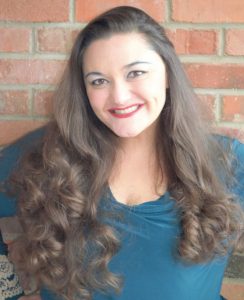 On Thursday, Feb. 17 at 7 p.m., the focus will be on singing classical repertoire with opera singer Kirsten C. Kunkle. The second masterclass on Thursday, Feb. 24 at 7 p.m will focus on singing The Great American Songbook, with jazz singer Evelyn Wright. Both events will take place at the BGSU Firelands Campus.

Registration for each masterclass is $10 per individual, or $50 for groups of six or more people. Those interested can register at FirelandsSymphony.com/Tickets or by calling the FSO office at 419-621-4800 (Monday-Thursday, 9 a.m. to 5 p.m.). 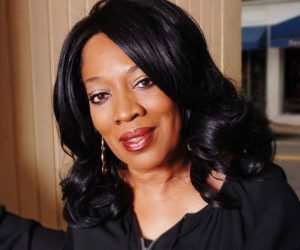 Lauded as the leading Native American soprano in today’s classical music world, Dr. Kunkle has been hailed as an outstanding singing actress with a voice that has been described as beautiful, ethereal, powerful, fiery, and bewitching. Known for her leading roles in numerous world premieres, Kunkle has worked with the Philadelphia Opera collective, Comic Opera Guild, Sofia Philharmonic, and as a NAXOS recording artist.

A successful voice educator, Kunkle has taught with numerous collegiate programs and her work in education has been published in peer-reviewed journals. In addition to her active performing and teaching schedules, Kunkle is the Co-Founder and Artistic Director of Wilmington Concert Opera, a grassroots women and minority led opera company in Wilmington, Delaware.

The second masterclass on Thursday, Feb. 24 highlights jazz singers Evelyn Wright and Michael Shirtz as they discuss interpretation, phrasing, storytelling, technique, and the styles of singing jazz standards, commercial pop tunes, and the songs that make up the Great American Songbook from Gershwin to Ellington, from Cole Porter to Carol King.

Wright has been a professional singer for more than three decades with experience in jazz, R&B and pop. A native of Cleveland and graduate of John F. Kennedy High School, she was voted Best Female Vocalist in 1985 in conjunction with WCPN. She won the 1993 award for Most Promising Female Artist and Favorite Female R&B singer from Midwest Urban Music. Wright is renowned for her expertise and warmth. Her recordings include a live performance with the Cleveland Jazz Orchestra at the Bop Stop. Wright has toured throughout the United States and Canada, performing in top hotels, nightclubs and concert halls and with the FSO this past July for the Christmas in July concert at Jackson Street Pier. 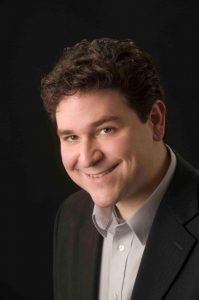 Shirtz is known for his work in jazz, contemporary, and traditional/classical music. From his work in education, musical theatre, and commercial music productions, Shirtz provides an emphasis in vocal performance and song interpretation for both soloists and ensembles. Currently, Shirtz is the conductor of the Symphony Chorale, musical director and producer for Maureen McGovern, instructor with Heidelberg University School of Music & Theatre, and is an active composer, performer, conductor, and producer.

The doors open one hour prior to the masterclass. Both classes are being held at the BGSU Firelands Campus. Audiences should enter through the main entrance of the Cedar Point Building to show photo ID and proof of COVID-19 vaccination status or negative COVID-19 PCR test.